I’m sorry it’s been so long. My internet was gone, and my computer finally bit the dust. Thanks to my Mom, and paying off a couple of bills, I was able to get my internet back on, and now have a new computer. I’m having a tough time moving to Windows 7 from Windows XP…but I’m learning.

I’ll just move into the “progress”. I haven’t seen my counselor for a little while. Funds just weren’t there, though she was really working hard to keep her fees workable for me, in order to afford our sessions. i still need her, but many times I felt there was nothing she could do for me. I still feel trapped. more tonight than I have in a while.

Every day it gets easier to function, without having “flash-backs” of sorts. I’m still living next to where he can watch me, but I’m doing better about that fact. Still no-one at work believes anything really happened. He has them believing his lies, still. I scrambled to open my mouth, in order to find help and refuge at work, in the people I work with. All were suspicious of me, and looked at me like I’d lost my mind when I told him of the type of person he is.

I have dated a couple guys, but only with the intention of being friends. I’m absolutely petrified of a relationship now. I do have Post Traumatic Stress, due to the hell he put me through.

I went to a friend’s house tonight after work, and shared in his family’s “family night”. It was wonderful and thoughtful that they included me in their time. I really don’t know why, but my friend decided to tell me that my “X” has a new girlfriend who lives in another town all together. All I said was I felt bad for her. Then I said “I don’t care”… I care, but not in the “lost love” way. I care that he’s moved on without a thought of guilt or remorse. I care that he’s doing this to yet another woman. I care that he’s still walking, and even on this planet. He’s the psychopath, not me. I’ll leave the scheming and conniving to him. Me? I’ll keep working to be free some day. Even though We are no longer together, I’m still being controled by his manipulative, intimidation and belittling. His threats. My own fear of him. I’ve never been in this place before. I don’t want to be, either.

It seems that this new knowlege has sparked a new wave of shit for me. All of a sudden, I am reliving things again. I just know what he’s doing to her right now, though she might not be aware yet. she’s probably seen some red-flags like I did, and is currently “poo-pooing” them away with some excuse that makes more sense. I also did that. I wish I had paid attention to my gut. There were several things in the beginning that sparked the urge to run. but I hadn’t given him a real chance, and I may have been wrong about him.

Another thing is that the knowlege has sparked another curiosity in me. I don’t know what to call it. confusion, maybe? The man with no conscience is lying to everyone about what really happened between us, and is moving on without a pangue. That’s to be expected. I’m surprised he hasn’t killed or threatened anyone. He wouldn’t care about that person, I’m sure. Why would I think he feels any remorse for what he’s caused? I may never have another relationship again. I’m just too frightened. I still feel like I need to hide…like I’m being watched. Tonight is almost unbearable again. I’ve been doing really well. I’ve changed positions at work, and I don’t have to worry about seeing him, anylonger. I broke up with him in June… 5 months ago… and I’m still in this horrible place! Better, but still haunted on occasion. I just pray I don’t go through the g’damned panic attacks again! I feel them tickling my soul at this very moment.

I pray I find some kindred spirits here, some day. I have no-one I can pour my heart out to, when I need to. I still have to be so careful about what I say. I feel so alone in this. No-one understands, nor believes me. Horrible place to be.

I have to get going. Its late. I have to meet the family tomorrow morning. Happy Thanksgiving!

curious about a certain topic? 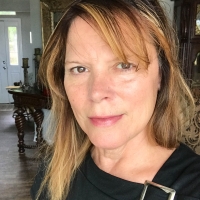 Wake Up. Stand Up. Live Free. A Perceptual Approach to Rapid Growth and Permanent Change

I'm Stronger -- My Family Is Still in Tatters

the hell of living with an abusive partner

Avalanche of the soul

the place to learn about exercise, nutrition and mindset training so that you can be the very best version of you and get on with what is most important to you.

Is Now The Human Mirror

Victims and Survivors of Psychopaths

from victim to survivor

The truth will set you free!